The day I ate as many E-numbers as possible!

Food labels such as ‘natural’ and ‘pure’ are confusing shoppers, according to a survey. But even more misunderstood are the E numbers that populate ingredient lists, says food writer Stefan Gates, who set out to see if additives are as bad as is often assumed Why would anyone do something as irresponsible as try to overload on sweeteners, flavourings, emulsifiers and preservatives, when food additives are a byword for culinary evil? 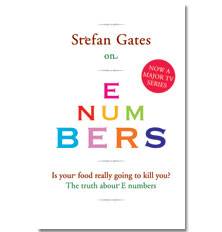 In Europe, these are given E numbers; in the United States and elsewhere, the full name is increasingly listed on food labels. Yet how many consumers would believe that such additives may actually be good for us? The boom in organic and natural foods in recent years betrays our trust in nature over science. Yet a survey by Which? magazine has found terms such as ‘natural’, ‘fresh’, ‘pure’ and ‘real’, which readily appear on the front of food packaging, are confusing consumers because they are largely unregulated.

Conversely, it is the additives tucked way in the small print of a product’s ingredients list that are heavily regulated. And when you look at clinical rather than anecdotal evidence, and speak to clinical dieticians, it appears these are actually good for us – and many seem to be very good for us indeed.

Click here to read the rest of the article…