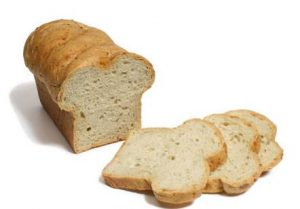 A third of breads contain more salt than recommended under guidelines being introduced next year, according to campaign
group CASH (Campaign for Action on Salt and Health).

The figures came after the Department of Health announced that bread accounts for more salt in our diet than any other food, making up almost a fifth of our daily intake. However, manufacturers said many loaves with the lowest salt levels were supermarket brands, which were the most popular.

Firstly, salt influences the production process by improving the dough handling properties and also helps control yeast activity during fermentation. In addition, it influences the sensory properties of bread and is directly linked to consumer acceptance. For these reasons, it would be difficult to completely eliminate salt from the recipe. The main challenge in making low salt bread is that is becomes sticky and is less easy to process with lowering salt levels, meaning that there is a potential for the dough to stop processing lines, leading to down time and wastage.

Salt also plays a major role in achieving the flavour of the bread and, of course, on product shelf life. Products with reduced salt may require balancing of the flavours to achieve an acceptable product.

* Take the bread health scare with a pinch of salt…