The importance of certain ingredients in the diet for maintaining health has been known since ancient times. But the need for what we now call vitamins was first realised in the mid-18th century, when the Scottish surgeon James Lind found that citrus fruit helped to prevent sailors on long voyages from developing the disease scurvy.

Vitamins are organic chemicals that were first isolated in the first half of the 20th century, and while the body is able to make some of these itself, we rely on our diet for the rest. Our bodies also need a number of inorganic chemicals in tiny amounts, mostly metals, and these are called minerals.

Many processed foods are fortified with vitamins and minerals, which helps us to consume enough of these vital substances.

Most governments issue lists of recommended daily amounts – RDAs – of each vitamin and mineral that should be supplied by the diet. Many people already eat sufficient in their normal diet, but there are still large groups in each country who do not. In the UK, fortification of margarine with vitamins A and D is compulsory as it is a substitute for butter, which is a good source of these vitamins. Fortification of bread flour is also compulsory in the UK, as milling the flour removes several of the useful B vitamins. Generally, fortification is carried out at no more than 50% of the RDA per daily serving. 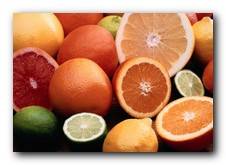 Vitamin A, also known as retinol, is important for healthy eyesight and bone growth. It is made in the body from precursor chemicals called carotenoids, or ingested directly from meat and dairy products. Carotenoids are found naturally in foods such as fruit, spinach, carrots and eggs.

Vitamin B1, or thiamine, is important in many of the processes carried out by our cells. Some of the most important sources include meat, vegetables, cereals, rice and yeast. The disease beri-beri results from a deficiency in this vitamin, as does Wernicke-Korsakoff syndrome in alcoholics. Most cases of deficiency in the UK occur in alcoholics, causing confusion, ataxia and coma.

Vitamin B2, or riboflavin, is another vitamin that is important in metabolism. It is found in foods like milk, liver, yeast and green vegetables, and can also be used to add colour to foods.

Vitamin B3, better known as niacin, is a vital component of metabolic processes. Deficiency 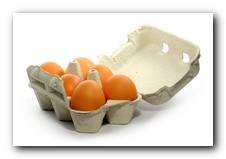 causes the disease pellagra. It is commonly found in foods like meat, fruit and vegetables and various nuts and cereals.

Vitamin B5, now referred to as pantothenic acid, is important in metabolism. It is widespread in foodstuffs, including whole grains, eggs, meat and legumes. It is a familiar ingredient in cosmetics, where it is normally used in the more stable alcohol form, panthenol.

Vitamin B6, or pyridoxine, is important in the production of red blood cells and various hormones. It is found in milk, meat, brown rice, whole-wheat grain and nuts.

Vitamin B7, better known as biotin, is again important in metabolism and cell growth, and is widely available in egg yolk, liver, kidney, meat and some vegetables. As a result, deficiency is rare.

Vitamin B9, now usually listed as folic acid and B vitamins, has numerous functions in the body, mainly in amino-acid metabolism. It also has an important role when the body is growing rapidly during pregnancy, resulting in a reduction in the likelihood of neural tube defects such as spina bifida if it is ingested in the right quantities pre-and post-conception. It is found in foods such as green vegetables, peas and beans, and liver as folate. Supplements are important for pregnant women.

Vitamin B12, is a group of related substances, the most important of which is cyanocobalamin. 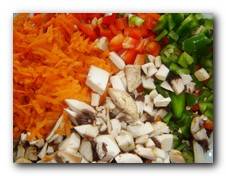 It is essential for healthy blood and nervous system, and a deficiency ultimately leads to pernicious anaemia. It is found naturally in milk, eggs and meat, but not in vegetables,  so vegetarians need to ensure that they either eat foods fortified with B12, or take a supplement.

Vitamin C is familiar on food labels under its chemical name of ascorbic acid as it is commonly used as an antioxidant. It is needed by the body to synthesis collagen, the protein that makes up much of our connective tissue, and if we don’t get enough, we will develop scurvy. It also helps iron to be absorbed, and works as an antioxidant in the body, helping to protect against the onset of many chronic diseases. It is found in many fruits, and is particularly abundant in citrus fruits. Potatoes are also an important source in the UK diet.
Vitamin D is one of the few vitamins our bodies can make itself, which it does in response to sunlight, but many foods are fortified with it to make sure we get enough. It is actually a group of related chemicals, the calciferols, and has a

number of functions in the body. These include healthy bone growth, and a deficiency in this vitamin will result in a softening of the bones, or rickets, in children. Good natural sources include oily fish, liver, milk and eggs.

Vitamin E is another group of related chemicals, the tocopherols. These antioxidants are found in many foods, especially oils from sources such as wheatgerm, sunflower, olive and various nut oils. It is vital the integrity of membranes, and the dietary requirement tends to increase with the amount of polyunsaturated fats ingested, so it is often added to margarine. It is also used as an antioxidant.

Vitamin K is a group of quinone chemicals that are important in the blood clotting process, and the maintenance of healthy bones and cardiovascular system. Sources include green, leafy vegetables such as spinach, cabbage and broccoli, and also some fruits such as avocado. K vitamins are also found in fermented dairy products such as cheese.