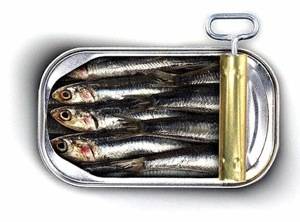 (EPA) and docosahexaenoic acid (DHA). They are extracted from various different oily fish, such as sardines, salmon, mackerel, tuna and herrings, but the fish do not make the oils themselves – they come from their own diet, usually microalgae, or for fish-eating fish, from other fish that eat the microalgae. It is possible to ferment these microalgae in a contained environment, from which a vegetarian algal oil rich in DHA and EPA can be extracted. Numerous health benefits have been claimed for these oils, including improving attention and positive effects on heart health.

Docosahexaenoic acid (DHA) is the most abundant omega-3 in the brain. It may also have a positive effect on Alzheimer’s disease, and clinical trials are being carried out.

Eicosapentaenoic acid (EHA) has several important roles in the body, as it is used to make several important biological molecules such as prostaglandins and leukotrienes which are essential to the healthy functioning of the body. It is also thought to have a positive benefit on mental health.