A quarter of all toddlers in the UK are lacking Vitamin D, according to new research. A recommendation that all children under five should take Vitamin D supplements, 74 per cent of parents know nothing about the guidelines. And more than half of health professionals are also unaware of them. 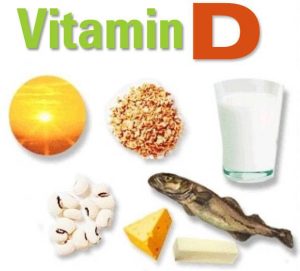 “We see about one case of rickets a month in our hospital, but that’s the very severe end of the disease,” he says. “There are many other children who have less severe problems – muscle weakness, delay in walking, bone pains – and research indicates that in many parts of the country the majority of children have a low level of Vitamin D.”

However, it is not only children who are at risk of developing a vitamin D deficiency. Anyone who doesn’t get enough sunshine, possibly because they are unable to go outside, or people whose diet is lacking in Vitamin D, could also be at risk.

Those who don’t go out in the sun are advised to eat plenty of oily fish and take supplements to ensure a sufficient intake of Vitamin D.