Humans have always found ways to preserve their food to stop it spoiling before it can be eaten. Many of the bacteria and moulds that grow on food can be dangerous. Salmonella, listeria and botulism are familiar forms of food poisoning caused by bacteria, and one of the most infamous food poisoning incidents in history resulted from the growth of the ergot fungus on rye bread, which caused hallucinations. All of these problems can be reduced by using additives.

Preservatives work by killing the microorganism, or preventing it from growing. If the food 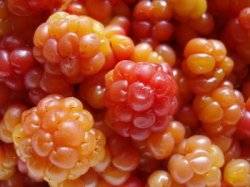 is too acidic, too salty, or even too sweet for the microorganism to thrive, then this will slow down or even stop spoilage.

The earliest methods included using salt and smoke. Salt draws water out of the food and any microorganisms in it by osmosis, which prevents the microorganisms from growing. The chemicals introduced during smoking make it more difficult for moulds and bacteria to grow, and can also prevent rancidity. Vinegar, sugar and honey have also been used to preserve foods for centuries. One of the most widely used preservatives today, sulfur dioxide, has actually been in use since the Middle Ages!

Another advantage of preservatives is that we don’t have to shop every day because the food we buy lasts for longer. Not only does this save us precious time, but it also saves fuel as we don’t drive to the supermarket as frequently.

Many modern preservatives are actually simple molecules, and many are derived from nature. Examples include:

Benzoic acid is a naturally occurring organic acid, which is found in many different fruits, often at levels far higher than would be allowed as a food additive! (the Scandinavian cloudberry – pictured above – actually contains 50 times the legal limit!)  It is used to prevent the growth of yeasts, moulds and some bacteria in acidic foods such as fruit juices, carbonated drinks and pickles, and is used either as the free acid (E210), or as its sodium (E211), potassium (E212) or calcium (E213) salt. It has been suggested that a benzoate-free diet may help selected patients with persistent asthma, but this approach has not been evaluated in published controlled trials.[ref]

Sulfur dioxide gas, or related sulfite and metabisulfite compounds, are very important preservatives that have been used for thousands of years. It is used as a preservative in wine, where it prevents bacterial spoilage and oxidation. If the wine has a sulfur dioxide concentration below 10ppm (parts per million), then the label need not say that it contains sulfites – the legal limit is more than 10 times this. It is also used to preserve dried fruits.

It is clear that these preservatives aggravate symptoms in about 4% of asthmatics [ref] and in a handful of cases, this can be severe. Steroid-dependent asthmatics are twice as likely to be affected.

As a result of these problems, the permitted levels of sulfur dioxide (E220) and its salts (E221 – 224) have been reduced in recent years; in red wine, for example, the permitted level is now about a third the amount that was allowed a century ago. Sulfites remain one of the most important additives, and they are even permitted in organic foods.

Nisin (E234) is a peptide which is made by the bacterium Lactococcus lactis, which is manufactured by growing it on substances such as milk. It is a broad-spectrum antibiotic which stops a number of bacteria from growing on dairy products and 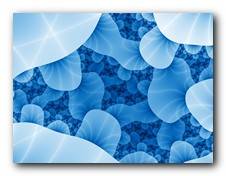 Propionic acid (E280) is a simple acid, closely related to vinegar. It is often used in bread manufacture, where it is more effective than vinegar. Curiously, even though it is an additive, vinegar doesn’t have an E number as it’s a traditional preservative. This doesn’t make it any more or less safe!

Sodium nitrite (E250) and potassium nitrite (E249) are important preservatives for fish and meat products as they inhibits the growth of Clostridium botulinum, the bacterium that causes botulism. There is some concern about the way they are used, as nitrites form cancer-causing nitrosamines during cooking. It is likely that the body neutralises nitrosamines, but processed meats preserved with nitrites now also include vitamins C and E, antioxidants which prevent the formation of nitrosamines.

Sorbic acid (E200) is very widely used to prevent the growth of moulds and yeasts in products like wine, dairy products such as cheese, meats and seafood, baked goods and various fruit and vegetable products. The acid is found naturally in several plants.