A new Food Standards Agency (FSA) study shows an upward trend in acrylamide levels in processed cereal based baby foods (excluding rusks) but a reduction in other products, such as pre-cooked French fries, potato products for home cooking and bread.

However, the FSA says the levels reported in the study do not increase concern about the risk to human health.

Acrylamide has been present in food ever since humans began cooking, but it was not known about until April 2002. 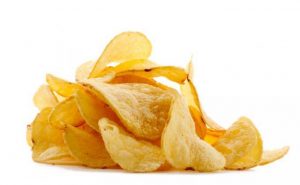 The formation of acrylamide occurs as the result of a reaction known as the Maillard reaction, which is a chemical reaction between an amino acid (the building block of protein) and a sugar such as glucose, fructose or lactose.

Heat is required to start the cooking reaction that causes a chemical changes which ultimately result in the ‘browning’ of the food. One of the most common examples of the Maillard reaction is the heating of white bread to give brown toast.

Since its discovery in food, major research projects have been conducted by scientists to better understand the risk of exposure to acrylamide through food.

At high doses, it has been found to cause cancer in some laboratory animals. However, the FDA, the World Health Organisation and most other health regulatory bodies have not determined if the presence of acrylamide in food presents a health risk to humans, and do not recommend that consumers change their diets in order to avoid acrylamide.

“Public authorities worldwide are not advising people to stop eating any foods found to contain acrylamide,” says an FAIA spokesman. “That said, food manufacturers have taken measures to reduce acrylamide formation in food.”