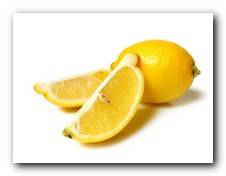 Acidulants are an essential ingredient in sharp, zesty food products. These acids are what give fruit its characteristic tang, and most of those that are added to food products are common in nature. For example, citric acid occurs naturally in citrus fruits such as oranges and lemons, malic acid is found in apples, and tartaric acid in grapes.

They are important in products such as jams, where the acidity of the fruit determines how it will set. Acids also have preservative and antioxidant properties.

Citric acid (E330) is by far the most widely used acid in food products. It was originally extracted from citrus fruits, but now most is made by the fermentation of molasses and other sugar sources. More than half of all citric acid in foods is used in beverages.

Lactic acid (E270) is produced in the body during metabolism and exercise. It is commonly found in sour milk products like yoghurt. It is used to regulate acidity in processed food products, and it also acts as an antioxidant and a preservative.

Malic acid (E296) is often found in unripe fruit. Common food uses include as a flavouring in sour confectionery.

Phosphoric acid (E338) is a chemical that is responsible for the tangy taste of cola drinks. Although it is a synthetic chemical, phosphoric acid derivatives are widely found in nature.

Tartaric acid (E334) occurs in fruits such as grapes and bananas. It is commonly used in sour-tasting sweets, and also as an antioxidant.