Use of food additives ‘safer and more transparent’ thanks to new legislation. 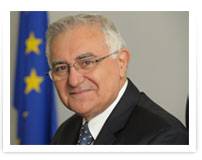 Safer and more transparent use.

The use of additives in food will soon become even safer and more transparent thanks to legislation adopted by the European Commission.

“This represents a landmark in our efforts to strengthen food safety in the EU,” says Health and Consumer Policy Commissioner John Dalli (pictured). “The adoption of two regulations on additives will further empower citizens and industry alike as they will make it easier for everyone concerned to know exactly what additives are allowed in foodstuffs.”

The two regulations establish two new lists. The first concerns additives in food and will come into force in June 2013. This list will allow consumers to easily identify which additives are authorised in a particular foodstuff. The second list relates to additives in food ingredients, and will apply 20 days after its publication in the EU’s Official Journal.

Transparency is one major benefit of the new legislation as the new list makes it obvious that in some food categories the authorised additives are very limited or not allowed at all. This is the case, for instance, for unflavoured yogurt, butter, compote, pasta, simple bread, honey, water and fruit juice. In other categories, usually those concerning highly processed foodstuffs – such as confectionery, snacks, sauces and flavoured drinks – a large number of additives are authorised.

“Any initiative that helps educate and enlighten consumers is to be welcomed,” says an FAIA spokesman.

This legislation does just that, while helping to reinforce the message that authorised additives are not only safe but also play a key role in food safety.