Why do we need food additives?

In the distant past, we ate food that was raw or freshly cooked from ingredients that had been caught, grown or foraged. Slowly, people began to realise that by dividing labour, life would be easier for everyone. So someone in the village would set up as a baker or a butcher, offering to take some of the labour out of food preparation. 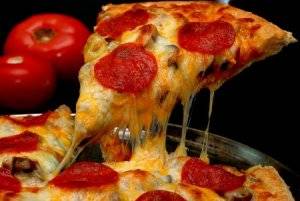 This has continued ever since then to meet the needs of growing urban populations and changing lifestyles. While many people enjoy making their own bread, cakes, wine, beer and ice cream at home, most of these products are now made by specialists and purchased in shops.

Food additives have been developed over the years to meet the needs of food production, as making foods on a large scale is a very different task to making them in the kitchen at home. Additives are needed to ensure processed food remains in a good condition throughout its journey from the factory to the shop and to the consumer at home. Some are so essential that they are even used in organic foods.

Preservatives are especially important. Microbial spoilage results in high levels of waste as food is transported from the farm to the table – the Food Standards Agency estimates there are around 850,000 cases of food poisoning in the UK annually. Without preservatives, this figure would be much higher. Food preservation also saves money for consumers – less is wasted because it has spoiled or gone stale.

The importance of sustainable food production has become more prominent in recent years, and efforts are being made to reduce land and water requirements, and also the amount of energy that is used to transport and store food. According to a report from the United Nations Environment Programme more than half of the food produced globally is lost, wasted or discarded for one reason or another. It is clear that better preservation of the food that produced is essential. Preservatives, antioxidants and stabilisers all play a role here by keeping food in good condition until they are eaten. This reduces waste, and as a result also reduces the need for land, water and energy.

There are many categories of additives, all of which are designed to do an important job in making foods safer or more appealing. The most important are detailed under ‘Choose a topic’ on the right of the page – click on any of the additive categories for more information.